Money For Nothing: The Troutdale Two.

When you read the details of this story, you  might think I'm  writing about Saturday Night Live's famous "2010 Government Employee Awards" sketch. Unfortunately for Troutdale, it's no comedy sketch, it's a fact.


"Rich Faith, community development director, and Dick Bohlmann, a building official, are on paid, non-disciplinary leave, said city manager Craig Ward. Faith was placed on leave March 8 and Bohlmann on Feb. 7. Both men were included in the June 2012 report by an independent investigator who portrayed Kight as a mayor who bullied city workers and used his influence to break rules for his own benefit, as in building an illegal structure on his property at 950 Jackson Park Road."

"Ward would not say whether the city of Troutdale is conducting "further research" into the matter itself or using a state agency, nor would he say how long the men would be on leave".

Fast forward to July 26, 2013. The Gresham Outlook reported that both Bohlman and Faith were still on paid leave. According to the Outlook,


"Troutdale Mayor Doug Daoust said the city is still waiting on state agencies to complete investigations examining the process in which a controversial building was constructed by former Mayor Jim Kight."

The Oregon Department of Land Conservation and Development and the Federal Emergency Management Agency have been conducting their own investigations regarding former Mayor Kight's "garden shed". Apparently these investigations are what prompted the placement of Bohlman and Faith on paid leave.

According to the July 26 Outlook article, city manager Craig Ward indicated that both were at his disposal for occasional work:


“Both continue to be available for assignments, and both have performed limited functions for the city during their absences upon my request and direction.”

According to the news reports, it's easy to make the assumption that Troutdale city manager Ward passed the investigation responsibility to state and federal agencies, who are not ultimately responsible for paying the salary or for making any decision to keep or fire Bohlman and Faith. Troutdale mayor Daoust even stated the city was waiting for the state and federal investigations.

Is eight months an unreasonable amount of time to complete an investigation of misconduct?

Is it fair to keep two city employees twisting in the wind for eight long months, not knowing if they will have jobs to return to?

Is it appropriate for the city to  rely on outside state agencies to investigate the allegations against the Troutdale Two, when the ultimate employment decision must be made by City of Troutdale management?

Is it fair to Troutdale taxpayers to foot the bill for the salaries of two Troutdale employees while state and federal agencies take their sweet time to conduct these investigations?

I don't believe it is fair or appropriate to keep these two city employees in limbo for such a long time. Most of the facts of this sad Kight saga were already on the table when the results of the Kight investigation  were ordered to be released by the Troutdale City Council, over the objection of city staff. Guilty or innocent, it doesn't matter. Leaving these two employees twisting in the paid administrative leave wind for such a long time is disrespectful and inappropriate.

The city needs to make a decision one way or another and let the Troutdale Two and the rest of the city move on.

Is it fair to Troutdale taxpayers to continue this matter? Absolutely not. The city can't afford to pay these kinds of salaries and get nothing in return. Let's face it. Troutdale's finances aren't in the best shape. The city owes it to its taxpayers to squeeze every ounce of productivity out of every taxpayer dollar. Where is the city's sense of urgency?

Unfortunately, the city staff  chose to pass the investigation baton to outside agencies who have no financial or productivity motive to expedite their investigations of the Kight tool shed saga. Because of city management's lack of urgency, two city employees suffer the indignity of employment limbo, and Troutdale taxpayers suffer the burden of paying the salaries of two employees while getting absolutely nothing in return.

It's no Saturday Night Live sketch. It's just sad. 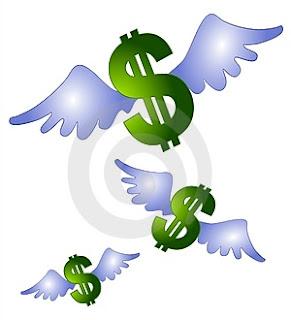 
Comments are moderated. Anonymous comments and ad hominem attacks will be deleted.